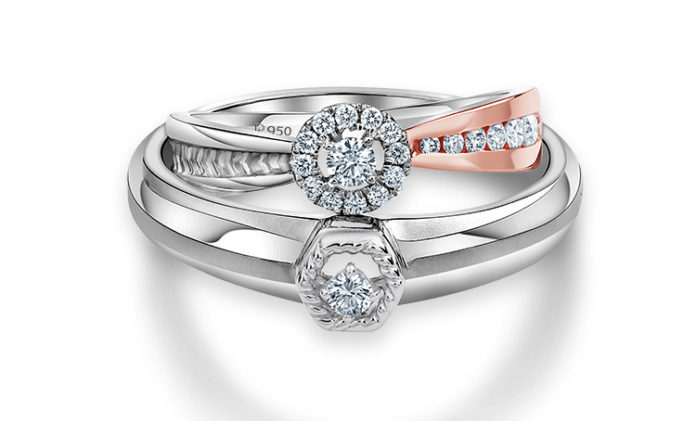 India’s Platinum jewellery sector sustains recovery in the wedding season. Overall sentiment across India’s jewellery sector boosted on the back of encouraging sales, and jewellers’ focus on improving rotation of capital and inventory. Platinum jewellery sales achieved significant growth, led by strong marketing initiatives and trade programmes. The year 2021 started on a positive note by continuing a decline in numbers of new COVID-19 cases, but a second wave of the pandemic started in the second week of February and grew significantly in key states by the end of March.

Vaccination drive began across India on 16 January, starting with healthcare and frontline workers. The steady momentum of recovery which started in Q4, 2020 continued in Q1, 2021, with improving sentiment and emerging normalcy in business operations. However, the second wave of Covid-19, which intensified around mid-March, has again disrupted the economy. India’s economic growth picked up in Q1 2021 with GDP increasing 1.6 per cent y-o-y in January- March, mainly driven by state spending and manufacturing sector growth. However, the significant surge in Covid-19 cases brought uncertainty. Overall consumer confidence in India, measured by the Reserve Bank, weakened in March. The current situation index dipped on the back of deteriorating sentiment on the general economic situation and income, after a slight improvement in January. Consumers are coming back into discretionary spending in Q1.

Budget boost for the jewellery sector

Meanwhile, India’s jewellery industry received a boost from the union budget with reduced custom duties on gold and silver to 7.5 per cent, from the existing 12.5 per cent. This is expected to boost demand as well as exports providing relief to the jewellery industry and its consumers. The customs duty on platinum has been reduced to 10 per cent from 12.5 per cent, which is expected to boost sentiment for platinum. Overall, the measures announced benefit the organised sector, encourage better business practices, transparency and further push consolidation of the jewellery industry. The improved momentum in the market, the decline in gold prices in February and the presence of the wedding dates in March helped drive consumer demand for jewellery across the country in Q1. Retailers continued to witness conversions as high as 95-98 per cent, as only consumers with a need to buy jewellery were visiting stores. However, the fast-developing second wave of coronavirus has devastated the economy and multiple industries, especially jewellers located in cities under lockdown, affecting both retail store traffic and the workforce. Semi or full lockdowns have been imposed across states and cities to contain the spread of Covid-19. All major states except Tamil Nadu have placed restrictions on movement and activities. The drop in gold prices added a much-needed boost to the jewellery sector as retailers across the country saw the number of consumer walk-ins for gold jewellery increase in February and early March. In Q1, 2021, the strategic partners of the Platinum Guild International (PGI) registered a 75- 80 per cent recovery in gold jewellery sales by volume. PGI’s strategic retail partners reported an 88- 90 per cent recovery in diamond jewellery sales as compared to last year. However, retailers continued to report a drop in high-value diamond jewellery sales with price points above $2,680 (Ra 200,000), as they see a drop in walk-ins by their high-value clientele. Hence, they have started the process of correcting the stock of their high-value diamond jewellery by lowering price points.

Retailers have seen an increase in demand for bridal jewellery with the presence of wedding dates in the March – June period, but they have seen a drop in self-purchase as most purchases were need-based. Retailers aimed to further streamline their inventory with a specific focus on building leaner inventory models by partnering with their preferred manufacturers for quicker replenishment and support them with stock. PGI’s 33 strategic retail partners with 642 stores reported 17 per cent y-o-y growth in platinum sales in Q1, on the back of effective marketing efforts by PGI and partners. PGI’s strong marketing initiatives in Q1 started with a ‘Platinum Days of Love’ campaign alongside an in-store activation programme, ‘Month of Love’, which helped build positive buzz about platinum among consumers and trade. PGI’s marketing initiatives were amplified by retail partners’ communication about all platinum brands through their social media platforms. The majority of platinum jewellery manufacturers based out of Maharashtra worked with 25 per cent of their usual workforce due to state restrictions (as against the 50 per cent allowed earlier), which will adversely impact the production in Q2.