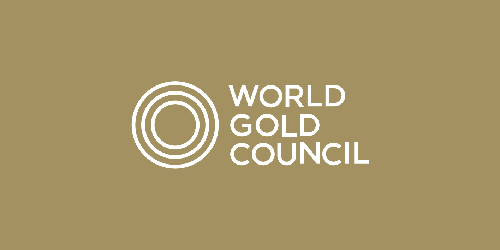 Global gold demand rose 23 per cent in the January-March 2021 quarter as an opportunity emerged to buy at lower prices, relative to the highs seen last year. Consumer sentiment boosted demand, particularly as many markets continued to come out of lockdown and economic recovery.

Bar and coin investment of 339.5 tonnes, rose by 36 per cent, was buoyed by bargain-hunting, as well as by expectations of building inflationary pressures. Growth in consumer demand was offset by strong outflows from gold-backed ETFs (gold ETFs), which lost 177.9 in Q1 as higher interest rates and a downward price trend weighed on investor sentiment. Q1 saw continued healthy levels of net buying by central banks: global official gold reserves grew by 95.5 tonnes, 23 per cent lower than the same quarter last year, but 20 per cent higher than the sequential previous quarter.

China’s economy continued to improve, with GDP growth reaching 18.3 per cent in Q1 – the highest on record. Local residents saw their disposable income increase by 13.7 per cent compared with the same quarter last year, and this buoyant economic picture supported gold jewellery demand. Festival sales were another key factor supporting China’s gold jewellery demand in Q1. January saw the traditional hoarding of gold products ahead of the Chinese New Year holiday. The policy to encourage residents of major cities to ‘stay put’ for the CNY holiday freed up to travel budgets for discretionary spending, supporting gold demand.

Jewellery demand in Turkey was 5 per cent higher y-o-y at 9 tonnes. However, in comparison to a more ‘normal’ year – Q1 2019 – it was down 6%. Local gold prices dropped throughout January and February, before rebounding sharply with the sacking of the Turkish central bank governor in mid-March, choking off the recovery in jewellery demand.

Gold jewellery demand in the US grew 6 per cent y-o-y to 24.3 tonnes – the strongest Q1 since 2009. In value terms, this equates to a 21 per cent y-o-y increase to US$1.4bn. With consumer sentiment boosted by the vaccine rollout programme and Federal income support measures, the impact on gold demand was evident. The sector also benefited from a continued diversion of funds that would previously have been spent on travel, restaurant meals, theatre trips, etc.

The y-o-y growth rate is all the more notable given that US lockdown restrictions were not widely introduced until late March 2020, meaning that Q1 demand last year was not greatly affected. Analysts expect they-o-y comparison in Q2 to more clearly reflect the base-effect impact of the pandemic. The lingering effects of Covid-19 on consumer sentiment and logistics took their toll on European gold jewellery demand in Q1 – particularly in the UK.

The smaller East Asian markets saw healthy y-o-y gains, with the exception of modest losses in Japan. Growth in demand was in large part due to a combination of falling gold prices during Q1 and the base effect of a weak Q1 2020, which had been hit by the beginnings of the pandemic and early lockdowns.

Alrosa witnesses a stable demand for high-quality roughs in April

Alrosa witnesses a stable demand for high-quality roughs in April

Alrosa to Promote Uniqueness of the Natural Diamonds: Jim Vimadalal

Mines to Market – first of its kind completely vertically integrated magazine for diamond and jewellery industry is the latest endevour of Mines to Market. We aim to work with the world’s best experts from the field of mining, rough diamonds selling, diamond manufacturing, polish selling, jewellery designing, manufacturing, whole selling and retails.