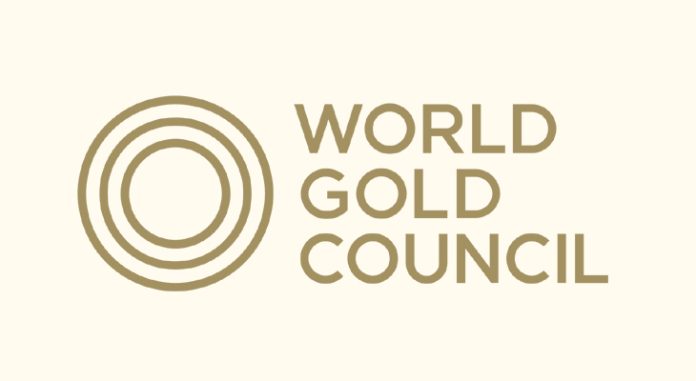 India’s Gold Mine Production Just 1.6 Tonnes in 2020. The World Gold Council (WGC) has launched a report titled ‘Gold Mining in India’, as part of a series of in-depth analysis on the Indian gold market. The report highlights how India has a rich heritage of gold mining, but the industry’s growth has been hampered by legacy processes and under-investments. Despite India being one of the world’s largest consumers of gold, the mining market operates on a small scale and is not an easy one to enter. In 2020 gold mine production was just 1.6 tonnes. India’s current resources, when compared to production and resource levels in other countries, could reasonably be expected to support annual output of approximately 20 tonnes per year in the longer-term.

Mr. Somasundaram PR, Regional CEO, India, World Gold Council, commented, “Given that India is one of the world’s largest gold consuming countries, it makes sense for it to develop mining capacity. But change is needed for this to happen, legacy hurdles must be reduced considerably, and investments encouraged. There are promising signs in recent years with the changes to the Mines and Minerals (Development and Regulation) Act and introduction of National Mineral Policy and National Minerals Exploration Policy. If this trend continues India’s, mine production is expected to increase in coming years. That said, we see this materialising only over the longer-term as potential investors will, for the foreseeable future, wait to see how successfully the new policies will be implemented and how effective they will be.”

He adds, “Gold mining has the potential to provide significant sustainable socio-economic development for India, not just through investment in exploration of and mining for gold, but also through the legacy of training a skilled workforce. Furthermore, mining helps to bring infrastructure investment to a region, initiating and supporting associated service industries, many of which often persist long beyond the working life of the mine. It is only when investors can see real evidence of India managing its gold mining assets more efficiently that we can expect inward investment to emerge. And at that point, the country’s gold mining sector will enjoy a much brighter future.”

Three areas have been problematic in the development of gold mining:

Regulatory challenges – The process of securing approval for a mining licence is usually lengthy, involving multiple agencies and requiring 10-15 approvals for a single licence. Applications are often subject to substantial delays, leading to lengthy and costly hold-ups in project development. All of this dissuades investment, particularly from multi-national companies who can invest their resources into countries with similar geological perspectivity but with less legacy burden.

Taxation policies – The Indian government has reduced taxation on corporate profits over the last few years. However, the import tax on mining equipment and other direct and indirect taxes remain high compared to other countries. In the absence of domestically produced alternatives, project developers have little option other than to import specialist mining equipment, much of which comes from a small number of manufacturers. High import taxes increase capital costs and deter development.

Infrastructure – many of the key gold mining areas are in remote locations in states with poorly developed infrastructure. In particular, inadequate road and rail links can make moving materials to and from sites difficult and costly. As a result, there has been limited investment in gold exploration over the past 15 years.

However, in recent years the Indian government has proposed and implemented various policy changes to help develop India’s gold mining sector by addressing the most problematic areas outlined above;

In March 2015, Parliament approved an amendment to the Mines and Minerals (Development and Regulation) Act 1957 (MMDR), which allowed private companies to bid for mining leases via a competitive auction process and extended the period for major mining leases from 30 to 50 years

In June 2016 the government approved the National Minerals Exploration Policy (NMEP) in an attempt to stimulate mining exploration. The policy allows private companies to enter into a transparent bidding process, conducted via e-auction, to carry out exploration of mineral bearing areas

In March 2019 the government announced the implementation of the new National Mineral Policy (NMP 2019) in an attempt to reduce bottlenecks and encourage development in the sector. This policy applies to non-coal and non-fuel minerals and aims to increase the value of minerals produced in India by 200% over a seven-year period.

Highlights of the report:

According to data published by the Ministry of Mines, India’s current defined gold reserves total 70.1t (17.2Mt at 4.1g/t). 88% of India’s gold reserves are in the state of Karnataka; a further 12% are situated in Andhra Pradesh and an insignificant amount (less than 0.1t) are found in Jharkhand.

Since its restart in 1947, through to 2020, Hutti Gold Mine, located in the Raichur district of Karnataka, has produced some 84t of gold and is currently the only significant gold producer in India. Higher grade ore processed at Hutti in 2019 was responsible for boosting India’s gold output by 22% y-o-y to 1.9t; gold reserves are sufficient to support production at the current rate for another 30 years.

India’s current resources, when compared to production and resource levels in other countries, could reasonably be expected to support annual output of approximately 20t per year in the longer term. Should such a level be reached, it would generate almost US$50m in revenue per year for India from royalty payments at current gold prices. Royalty rates from primary gold production in India are set at 4% of the LBMA gold price. This would also provide direct employment for an estimated 3,000-4,000 people in addition to those currently employed in the industry.