Sotheby’s Sale in Geneva to Offer Royal Jewels from the Bourbon-Parma Family.Sotheby’s sale in Geneva to be held on 12th November 2018 will be distinguished with one of the most important royal jewellery collections ever to appear on auction. Named as “Royal Jewels from the Bourbon-Parma Family”, the auction will offer centuries of European history spanning the reign of Louis XVI to the fall of the Austro-Hungarian Empire. It will also comprise a look into the glory of Europe’s most important royal dynasties.

Daniela Mascetti, Deputy Chairman, Sotheby’s Jewellery Europe and Senior International Specialist noted ‘every jewel is absolutely imbued with history. What is also striking is the inherent beauty of the pieces themselves: the precious gems they are adorned with and the exceptional craftsmanship they display are stunning in their own right.”

The Bourbon-Parma family is linked by blood to the most important ruling families of Europe – from the Bourbons to the Habsburgs. The lineage descends from Louis XIV of France, the Holy Roman Emperors and from Pope Paul III. The collection depicts the exceptional ancestry. Leading the collection is a group of jewels once belonging to Marie Antoinette, queen of France, which have not been seen in public for 200 years.

The collection highlights include a diamond pendant supporting a natural pearl (26 mm x 18 mm). The opulence of the French court is also vivid in the pair of natural pearl drops and a necklace bearing 331 natural pearls.

The collection also includes jewels of varied royal provenances depicting how in the family collection, stones were set in different designs suited to the linking of the generations across centuries. A diamond parure made for Louise of France (1819-1864) is composed of 95 diamonds with five solitaire diamonds belonging to Marie Antoinette, many stones that decorated the sword of the Duke of Berry, son of Charles X and father of Louise and a large pear-shaped diamond from the collection of the Archduchess Isabella of Austria, Princess of Croÿ (1856 –1931) are part of this.

Marie-Antoinette is recognized for her lavish and extravagant taste and is portrayed usually as dressed up in pearls. Natural pearls were appreciated by the royal families of Europe in the 18th century.

Among the highlights in the jewels from Habsburgs and the Dukes of Parma is a diamond tiara of foliate scroll design created by Viennese jewellery house – Köchert. It was given by Emperor Franz Joseph (1830-1916) to his great-niece, Archduchess Maria Anna of Austria (1882-1940) for her wedding to Elias of Bourbon, Duke of Parma (1880–1959) in 1902.

From the same provenance are other jewels like a diamond bow brooch made with a 6.89-carat Burmese ruby and a diamond ring set with an impressive fancy orangey-pink diamond of 2.44 carats.  A diamond brooch with a 30.70-carat sapphire from Ceylon is also part of this collection.

Most of the jewels in the collection were given to Robert I (1848-1907), the last sovereign Duke of Parma and Piacenza. Among these are a pair of diamond girandole earrings. Princess Maria Pia of Bourbon-Two Sicilies (1849–1882) received a large diamond pendeloque brooch from her husband Robert I’s family.

The jewels will also go on view in London, New York, Hong Kong and Geneva this autumn. 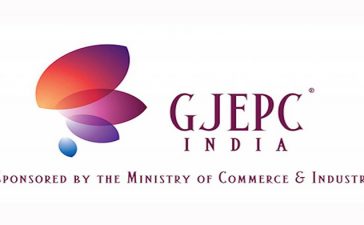 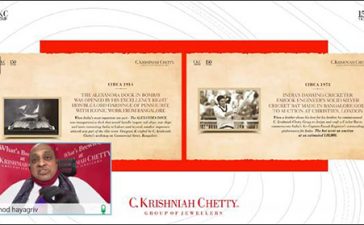