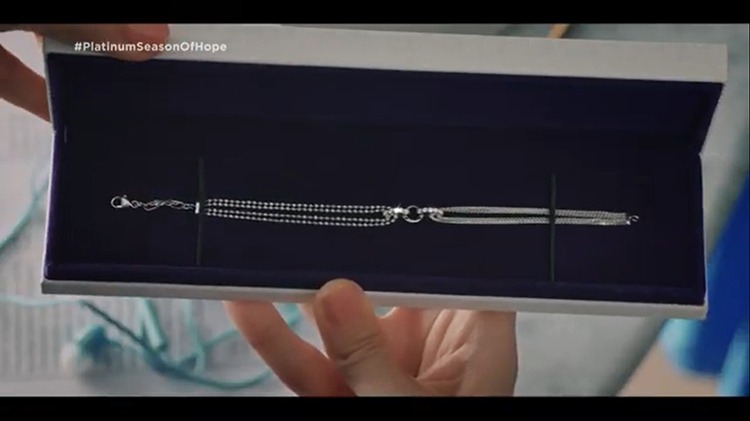 This unique retail initiative on platinum jewellery pans out across 1200 stores in India and is backed by a robust communication plan. It is led by a new film, supported by Print, Digital, and PR across markets to ensure high reach and frequency. Platinum is a rare precious metal, has always stood for moments of emotional significance is best poised to fit the need to mark the relationships & values that matter as we transit from one phase to another.

The pandemic has been particularly harsh on certain marginalized sections of the community such as the migrant workers, and with Platinum’s Season of Hope, the attempt has been to extend role beyond a regular initiative in a bid to give back to society. Bringing some hope back where it is most needed.

Platinum Guild India has joined hands with Oxfam India to assist 4500 families, approximately 22,500 individuals over 3 months in states where the impact has been the harshest such as West Bengal, Bihar, Jharkhand & Odissa offering help in the form of support for food, sanitation essentials & non-good essentials too.

Film for the Season of Hope

The film for the Season of Hope campaign focuses on the importance of acknowledging the relationships that have indeed stood the test of times. It opens with two sisters discussing how the younger one’s work from home phase has concluded and embracing the unlock she is ready to leave home, to return to her workplace in another city. But through the lockdown & time spent together, she has realized, that what she is about to do is what she has done all along. Leave her parents in the care of her elder sister who has willingly stayed home all along, taking up this responsibility – so that her younger sibling can find the wings to fly, the wind to soar. The younger one realizes that she has perhaps never fully appreciated the magnitude of what her sister has so quietly & willingly done all these years. It’s all the quiet reflections locked in at home that has propelled her to get out there & voice what has been unspoken for so long.

From a category perspective – consumers are seeking a reaffirmation of life more so in the absence of various other things they used to enjoy, armed with a renewed sense of what matters, consumers are keen to express a sense of gratitude and appreciation towards their loved ones. Platinum fits right into this motivation given that a reaffirmation of life, love, values & relationships is what the rare precious metal has always stood for.

From a consumer & trade perspective – successive phases of unlocking with the convergence of the festive & the wedding season in Q4 have meant that the sentiment towards the category remains positive. Season of Hope will act as a catalyst building on this positive sentiment. It will straddle all 3 platinum jewelry categories, Platinum Days of Love – the couple band offering, Men of Platinum – the offering for men & Evara – placed in the women’s segment.

Speaking on the initiative, Ms. Sujala Martis, Consumer Marketing Director, PGI India says, “The lockdown has been a period of re-evaluation for all at varying degrees. We have all examined and arrived at our versions of what truly matters. Whether it’s our value system, or our relationships, our needs & wants, or how we can play a stronger role in alleviating so much of what the world is going through. It is only positive action & hope that is taking us to the next. Now more than ever it’s important for brands & businesses to put action behind their purpose and that is exactly what we wanted to do. Hence the partnership with Oxfam to help migrant workers in some way”

The campaign has been conceptualized and executed by Famous Innovations. Speaking on the brand film, Raj Kamble, Founder and Chief Creative Officer, Famous Innovations adds “These last few months have been dark but have also given all of us time for introspection and realization. It has made us thankful for lots of people and things we took for granted. Our campaign highlights one such moment of realization between two sisters, weaving in the role of the brand as a symbol of gratitude. Through this and other upcoming campaigns, we aim to highlight the positive side of this difficult time and shine hope for our consumers. Platinum, with its uplifting emotional associations, is in a unique position to do so.”