HomeEventsGJC Chairman: No Prisoners in Tihar Will Be Left Jobless
Events

GJC Chairman: No Prisoners in Tihar Will Be Left Jobless

GJC Chairman: No Prisoners in Tihar Will Be Left Jobless

GJC Chairman: No Prisoners in Tihar Will Be Left Jobless.All India Gems &Jewellery Domestic Council (GJC) along with GJSCI is helping Tihar Jail inmates to become jewelleryartisans.  Speaking at the Occasion,NitinKhandelwal, Chairman- GJC expressed that we are ensuring that no prisoners in Tihar will be left jobless and they will get a decent job and peaceful livelihood once they are free.  According to him, the program has immensely helped the inmates to relieve stress, and banishes the temptation to return to a life of crime when inmates leave, by giving them the skills to support themselves.

He was speaking during the certification distribution ceremony of intimation Jewellery making Training courses organised by GJSCI for the inmates of TiharCenteral Jail No-5, which was held on 25 June 2018. The other dignitaries who graced the occasions were Ajay Kashyap, DG Prisons, AnjuMagala, Superident of Prison, Prem Kothari Chairman – GJSCI,  Vijay Khanna, Noth Zone Chairman- GJC, SumeshWadhera , Chief Editor The Art of Jewellery, Mr DD Karel Director GJSCI, Mr Rajiv Garg, ED GJCI, MrAvinash Gupta Director GJC, Mr Ajay Verma, Director – IBJ India among others. A batch of 35 inmates in the age group of 18yrs- 21yrs received the one month Training certificate at this occasion.

Earlier, the Gem &Jewellery Skill Council of India (GJSCI) in which GJC is a stake holder has signed an MOU with Delhi Prison for the ‘Tihar Women Inmates Skilling’ that aims at teaching the skillset of jewellery making to the women inmates of Tihar Jail. A lot of these women end up committing a crime due to poverty and lack of skills. A programme like this would empower these women and make them more independent that will eventually rehabilitate them back into a normal life of a respectable citizen.

According to NitinKhandelwal, this project is developed with an aim to train inmates of Tihar Jail with jewellery making skills, enabling them to have fresh perspective in life and be independent. 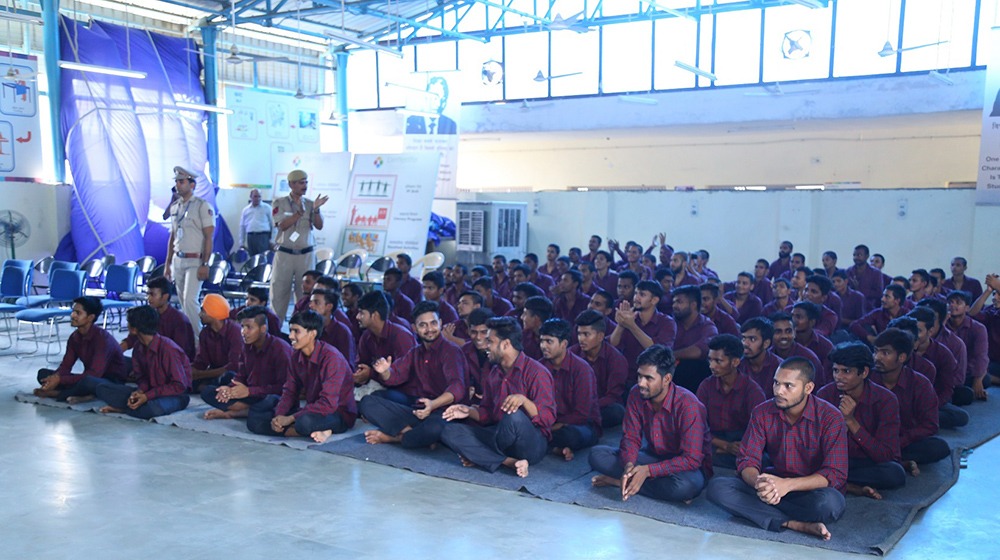 About GJF: All India Gem and Jewellery Domestic Council is a nodal agency of the gems and jewellery industry which functions with the objective to address the issues faced by the industry, its functioning and its cause with a 360° approach to promote and progress its growth, while protecting the industry’s interests. GJC, since the last 10 years, has been serving as a bridge between the government and the trade by undertaking various initiatives on behalf of and for the industry. GJC represents the interests of 4,80,000 players comprising manufacturers, wholesalers, retailers, distributors, laboratories, gemologists, designers and allied services to the domestic Gems &Jewellery industry from various parts of the country.