HomeNewsBombay HC restrains BIS from coercive action on jewellers for not implementing...
News 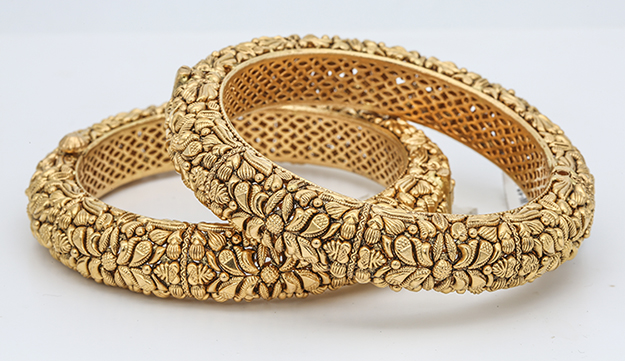 Bombay HC restrains BIS from coercive action on jewellers for not implementing mandatory hallmarking. In a major relief for over five lakh jewellers across India, the Bombay High Court on Friday restrained the Bureau of Indian Standard (BIS) from any coercive action against gold jewellery manufacturers till June 14 for not implementing its mandatory hallmarking regulations.

In an interim order passed on Friday, the Nagpur bench of the Bombay High Court held that the BIS under the Union Ministry of Consumer Affairs, Food and Public Distribution would not take any penal or legal action against gold jewellery manufacturers till the next hearing of the case scheduled on June 14. The two-judge Nagpur bench of the Bombay High Court was headed by justice Sunil B Shukre and assisted by Justice Avinash G Gharote.

Earlier, the BIS had issued its guidelines for over five lakhs gold jewellery manufacturers directing them to adopt mandatory hallmarking of all gold ornaments from June 1. With these guidelines, all gold jewellery to be manufactured should be hallmarked before displaying them for sale in retail stores.

“Courts have seen the hardship of the jewellers. The Order stated that further contention is that in proportion to such multitude of jewellers in India – the percentage of hallmarking centres available in India, is just about 34 per cent of the 733 districts in the country and that there are at least 488 districts in the country, which do not have any hallmarking centres. It is further submitted that there are about 6,000 crore pieces of jewellery, which still need to be hallmarked,” said Ashish Pethe, Chairman, All India Gem & Jewellery Domestic Council (GJC).

These guidelines irked gold jewellery manufacturers due to the unavailability of adequate infrastructure especially in rural India where ornaments need to travel even 100 kilometres in some cases to the nearest centre for hallmarking and thus carry a huge risk of theft and misplace.

Even in cities, mandatory hallmarking of gold jewellery is not possible due to the lack of hallmarking centres and skilled manpower.

Hearing the petition filed by the jewellers’ representative body All India Gems & Jewellery Domestic Council (GJC), the court observed, “The contention is that the new regulation making it compulsory to hallmark gold jewellery before it is stored or sold, which has to come into force w.e.f. Iune 1, 2021 is likely to result in great hardships to over five lakh jewellers. Further, in proportion to such multitude of jewellers in India, the percentage of hallmarking centres available across the country, is about 54 per cent and that there are at least 488 districts, which do not have any hallmarking centre.”

Representing the petitioner, counsel Rohan Shah submitted that there are about six thousand crores pieces of jewellery, which need to be hallmarked. If there is any breach of the said mandate of law provided in the BIS Act, there is a penalty in the nature of offence punishable with maximum imprisonment of one year. Within the time available, it could not be possible for all the jewellers and for every piece of jewellery presently available to be hallmarked before thee provisions of law come into force.

“Courts have been reasonable and strict with BIS as further contention is that if there is any breach of the said mandate of law, there is a penalty in offence punishable with maximum imprisonment of one year. It is also submitted that within the time available, it could not be possible for all the jewellers and for every piece of jewellery presently available to be hallmarked before these provisions of law come into force,” said Nitin Khandelwal, former Chairman, GJC and managing director Khandelwal Jewellers.

Meanwhile, the deferment of this order is set to yield a high volume of business this Akshaya Tritiya falling this year on May 14.

Commenting on the occasion, Saiyam Mehra, Vice Chairman, GJC, commented, “It is further submitted that there are also other problems arising out of the present Covid restrictions, which prevent a person to travel from one district to another district and that there are several districts, which do not have any hallmarking centres yet. This is a big relief to the jewellers who shall now be fully protected from any actions from BIS even though they may wish to still go ahead with mandatory hallmarking.”

The writ has been admitted on merit and notice has been issued to BIS and all respondents.

Dinesh Jain, Director, GJC who represented GJC in the writ petition filed, commented, “BIS is wise enough to know what to do in such a situation and we are sure that BIS shall not proceed with mandatory hallmarking without doing their homework properly. GJC is fully supporting in hallmarking and pray in the writ petition that a ‘High-Level Committee’ be constituted by Honourable court to streamline and resolve all issues for the benefit of Consumers, Jewellers and core objective of BIS.”